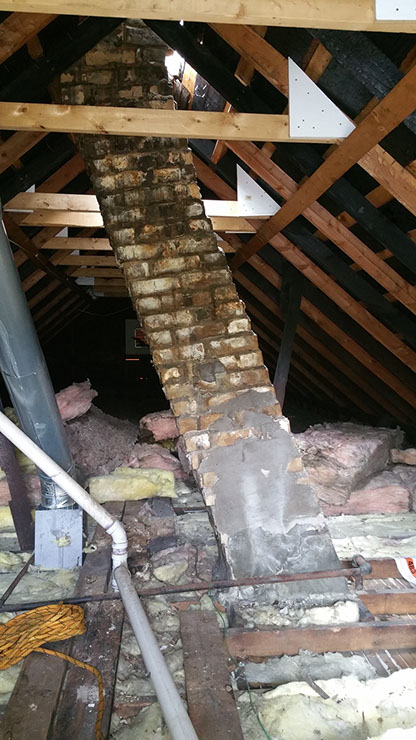 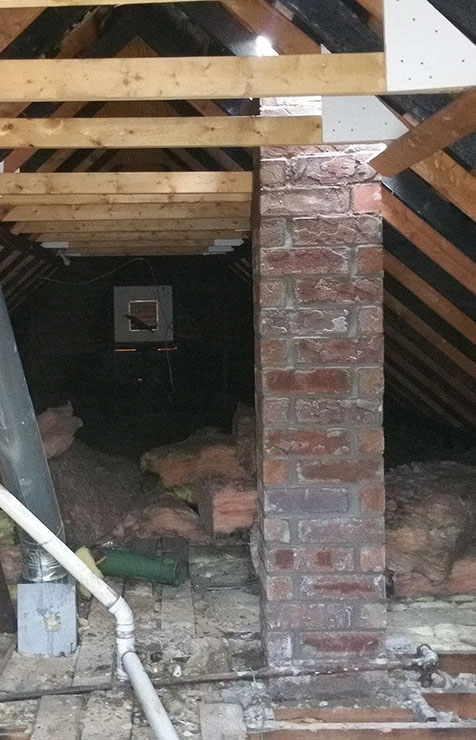 We originally were going to rebuild the chimney from the roof line up, but we noticed the lower part of the chimney was moving once we removed the chimney down to the roof.

I don't know why they used to build chimneys like this, I guess they wanted to exit the chimney at the peak of the roof where it is less work to make water proof.

So we instead took the chimney down to the floor in the attic and rebuilt  it straight up like it should have been, and it is now exiting the roof 2 feet from the peak. 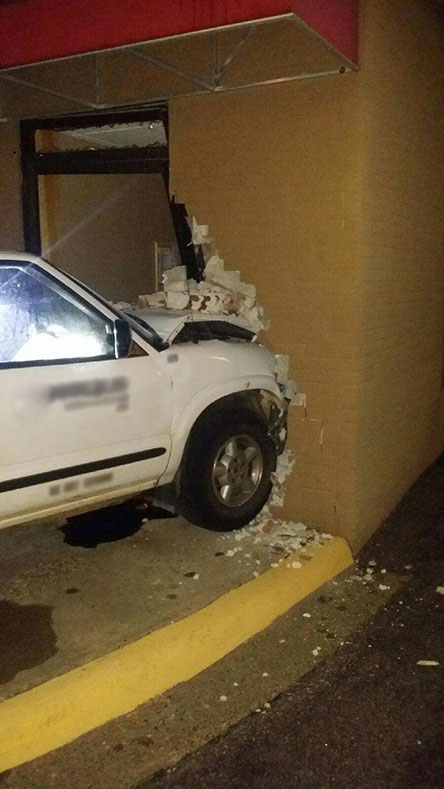 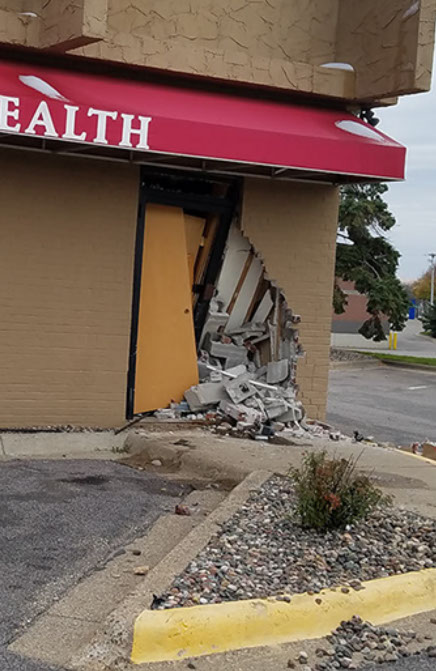 We repaired this building after it was damaged by a runaway pickup truck. 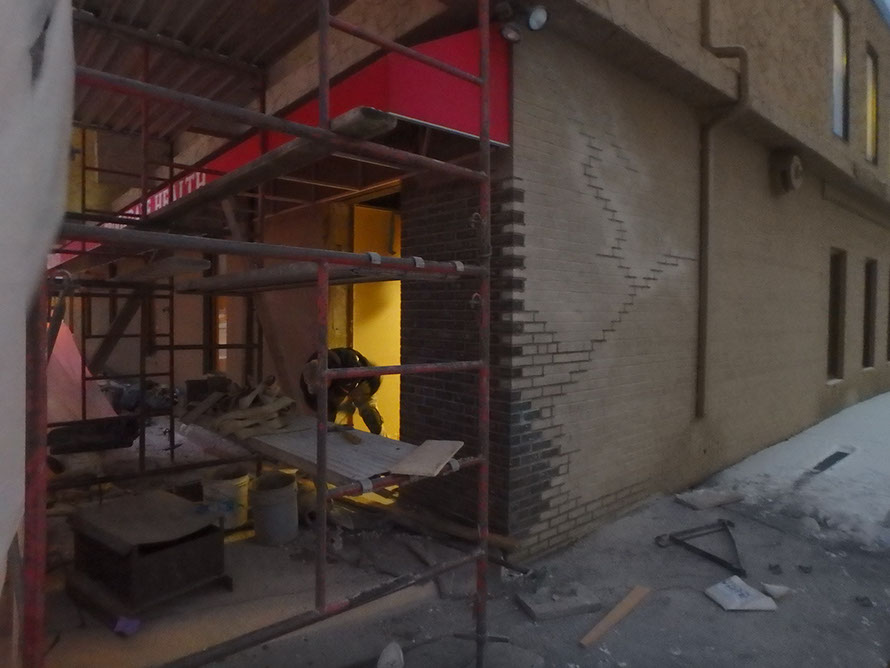 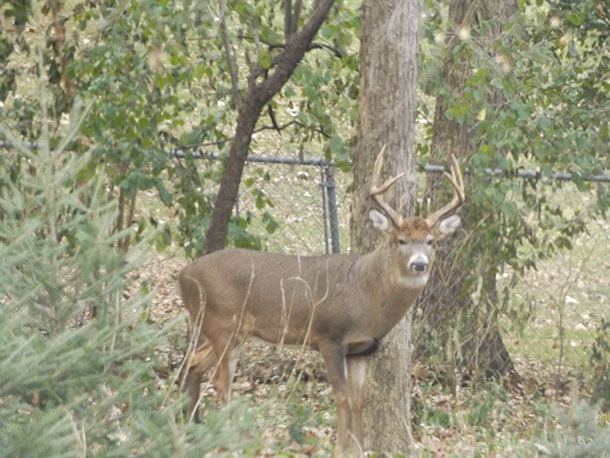 Charlie, our estimator, spotted this buck following a doe on Theodore Wirth Parkway in North Minneapolis on November 8th. 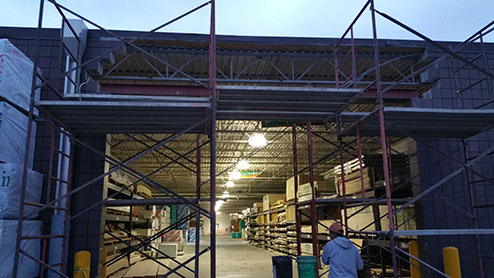 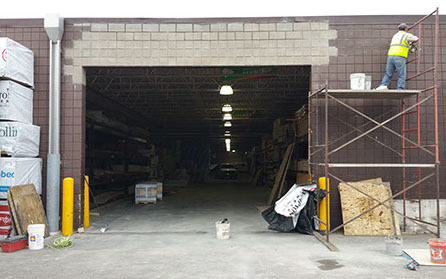 We rebuilt this overhead after it was damaged by a speeding forklift. 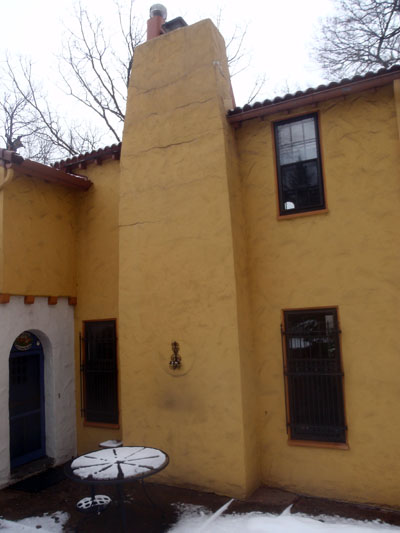 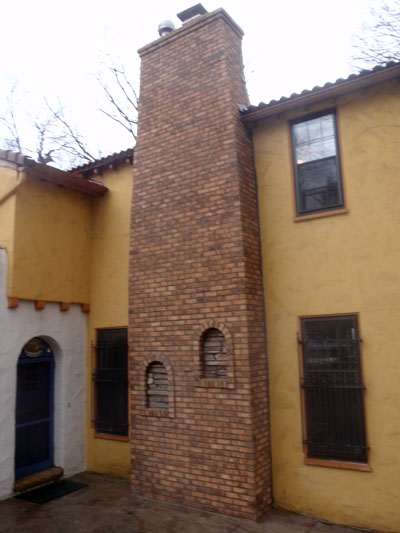 This was another stucco chimney with sand-lime brick on the inside; The wire lathe inside the stucco was the only thing holding it together. The homeowner chose to rebuild the chimney with face-brick, without using stucco; a better look and more durable. 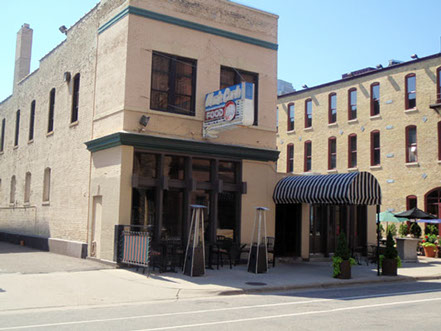 I installed brick veneer on the inside of this restaurant in the Minneapolis warehouse district,

darker mortar was used to make it appear like an original part of the building. 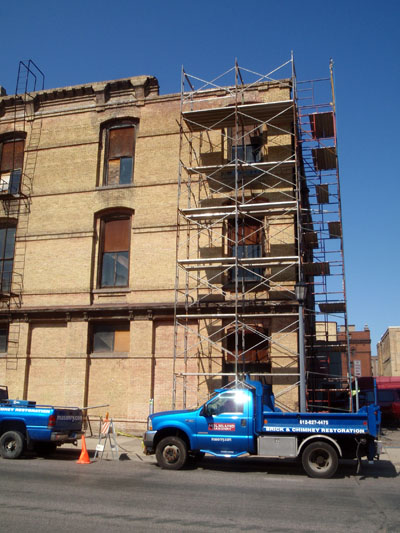 This building in the Minneapolis warehouse district

These are Chaska Brick which are typical in many of the River Towns in Minnesota.

I have many of these brick salvaged from other projects in my yard. 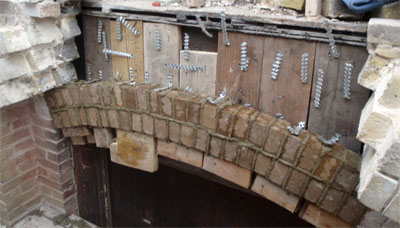 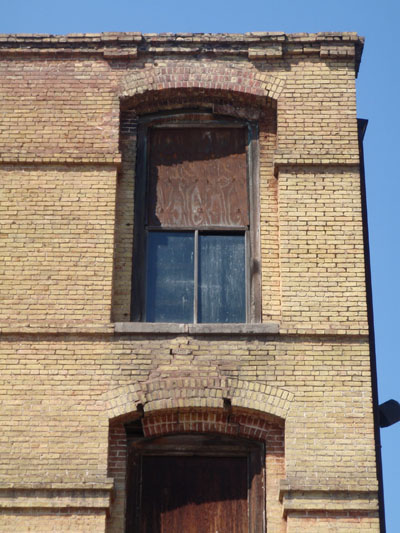 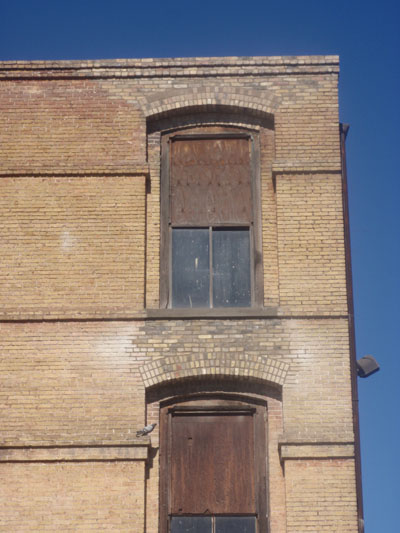 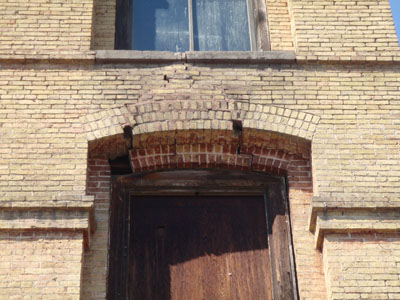 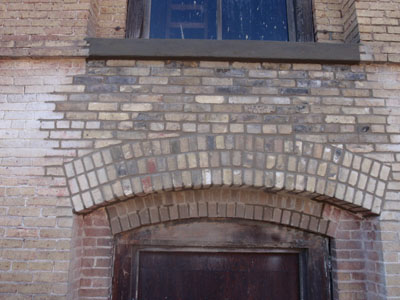 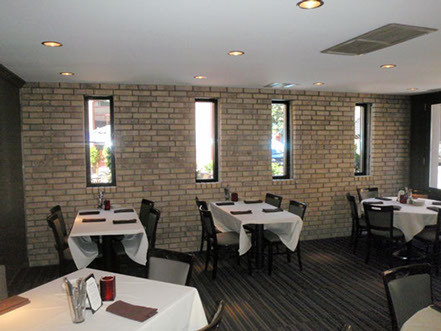