Raincaps and screens are available for installation above flues for protection from birds and animals.

Raincaps are intended to be used over fireplace-flues and not on furnace flues.  A screen without a lid is more apropriate to be used above the furnace flue. 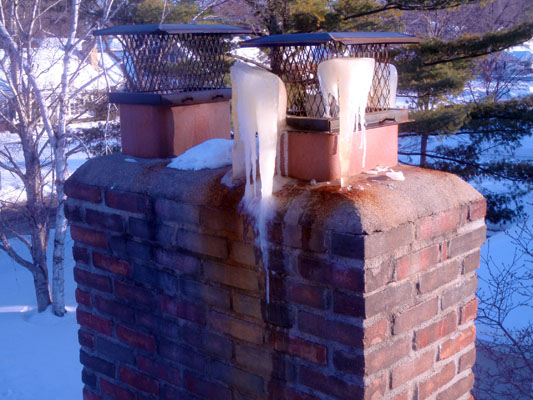 These pictures are samples that illustrate why I don't install raincaps over Furnace pipes.   The exhaust from the furnace "which contains moisture" will condensate and freeze to the screen after being deflected from the lid.  The ice builds up faster on colder days due to the frequent on-off cycle of the furnace. 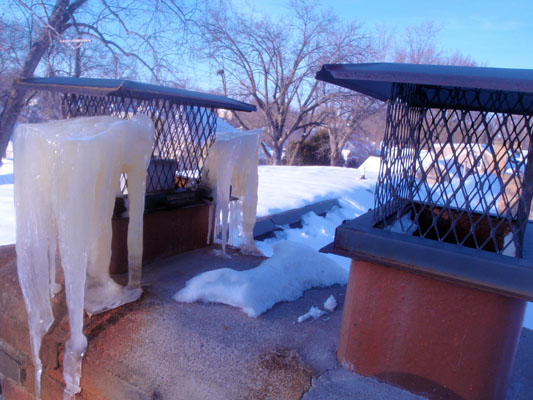 This is a clear example of how the ice builds on the furnace flue and not the fireplace flue.  The flue on the left should have had a screen without a lid. 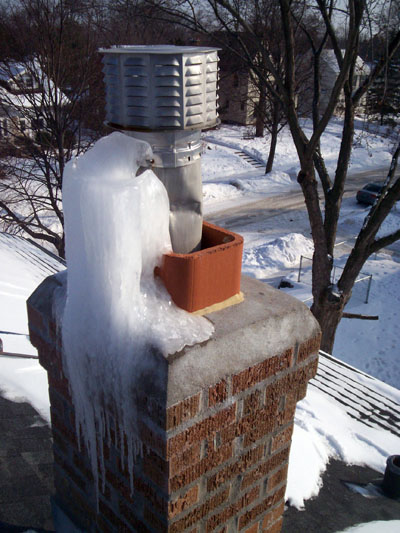 This is a raincap which was installed by a licensed plumber;  the under-sized raincap did not have the capacity to properly vent the exhaust gases, which resulted in ice buildup.    Note that the metal pipe was even bent by the ice.  This problem was fixed simply by removing the metal cap and replacing the top section of the metal pipe. 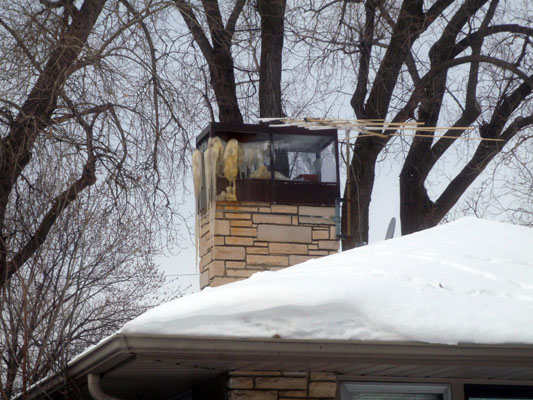 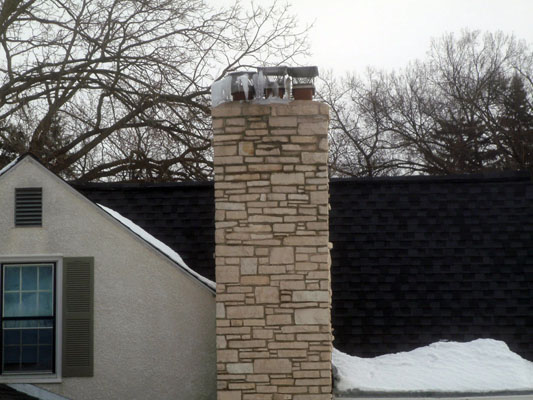 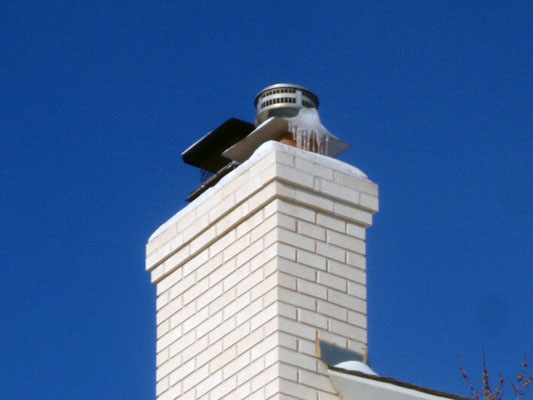 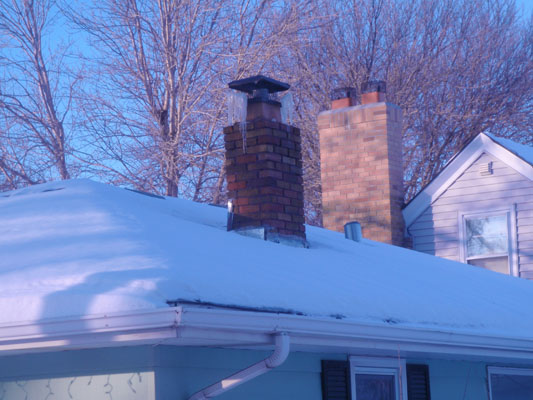 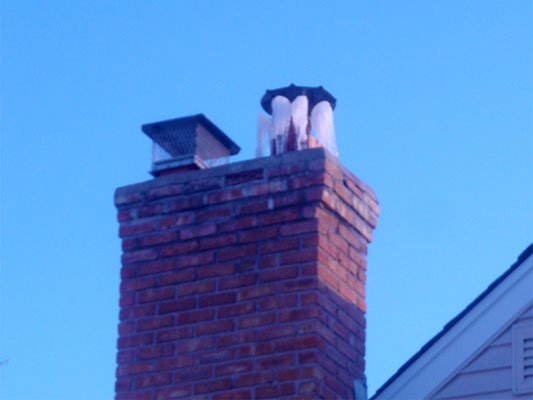 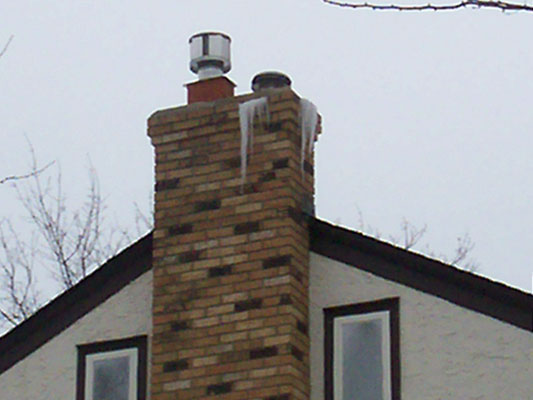 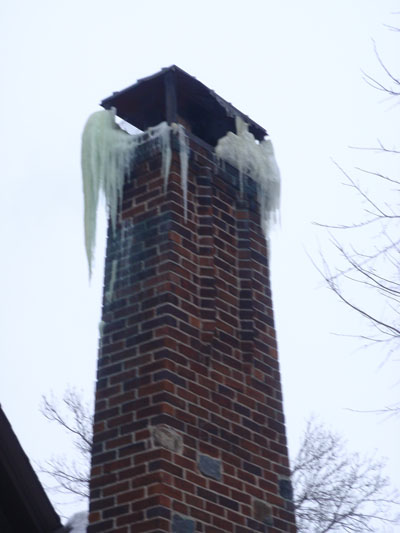 This chimney has a pipe from a gas-burning fireplace-unit on the left and a furnace flue on the right, which had a leak in the furnace-pipe below the level of the cement cap. The exhaust gases from the furnace were exiting through deteriorating brick below the cement cap, caused by the raincap being clogged with ice which forced the gases to find an alternate exit.

Furnace exhaust also contains acid which is very harmful to masonry products, not to mention the people inside the house.